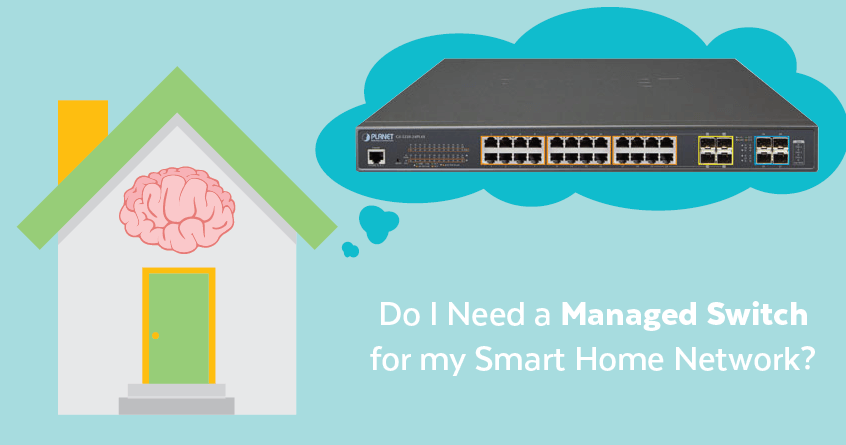 Do I Need a Managed Switch For My Smart Home?

People’s homes are getting smarter every day.

What is a smart home? 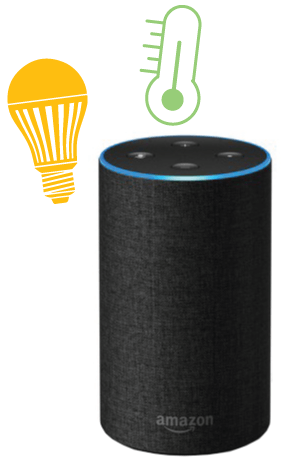 In a nutshell, a smart home is a residence fit out with IoT devices that perform tasks traditionally handled by people. Some smart devices are built into the structure itself, while many others get added later. These devices are operated in a variety of ways: apps, artificial intelligence, automation, or voice commands.

Making your house “smart” can be as simple as purchasing a connected speaker or as complicated as linking several devices such as appliances, cameras, computers, security systems, smartphones, tablets, TVs, etc.

Most experts agree that if you have several interconnected devices on a single home network, the use of a managed switch could be helpful to you. A managed switch will also prepare you for the future as you continue to add smart devices to your home.

But first, let’s start with some basics.

What is a network switch?

In simple terms, a network switch (also called an Ethernet switch) is a “high-speed device that receives incoming data packets and redirects them to their destination on a local area network (LAN).”1 In other words, a switch is the “brain” of a network. It connects all your smart devices and enables them to talk to each other no matter where they are located in your home. The switch also connects to a router and modem to access the internet. In comparison, the wireless counterpoint to an Ethernet switch is Wi-Fi.

What is a managed switch?

Managed switches provide broad management functionality to a Local Area Network (LAN). They come with a variety of features, such as:

QoS (Quality of Service): This feature prioritizes bandwidth and ensures that IP data comes in smoothly and without interruption.

What is an unmanaged switch?

In contrast to the managed switch, the unmanaged switch seems a bit “brainless.” Unmanaged switches are plug-and-play devices and have no management or monitoring capabilities. These inexpensive switches simply enable Ethernet devices to communicate. They are equipped with a fixed configuration that cannot be changed or modified. Unmanaged switches are most often used to connect edge devices or single small networks with few components.

What are the benefits and disadvantages of an unmanaged switch?

There are both pros and cons when it comes to an unmanaged switch.

Do you really need a managed switch for your smart home network?

There are six primary reasons why we recommend a managed switch for your smart home network.

Are there drawbacks to managed switches?

There are some negatives to consider when deciding if your smart home needs a managed switch. Managed switches:

The short answer is no. There is no fundamental difference in speed between managed and unmanaged switches. However, it is important to note that a managed switch provides significantly better overall network performance, which tends to enhance speed in the long run.

An unmanaged switch does one thing: it switches, which means it enables devices in a network to communicate. A managed switch allows you to change settings. You can disable unused ports, limit access to your network, limit speed, prioritize traffic, adjust parameters, and more.

What advantage is there for a home network to have a managed switch?

For most homes, there really is no advantage. In fact, for a multitude of devices operating independently from one another, having an internet connection via WiFi is more than sufficient. However, if you have a smart home with several devices you wish to integrate together for a single point of control, you may find that a managed switch would be pretty helpful. With the use of a managed switch, you would be able to:

It is important to emphasize that most homes do not need a managed switch. However, if you have a smart home (one with multiple IoT devices) and want to integrate and control them, a managed switch may be the right choice for you.

Planet Technology USA offers the best switching solution for your smart home network on the market.