The Institute of Electrical and Electronics Engineers’ (IEEE) lengthy Ethernet standardization process ensures that vendors make their products compatible with other brands and that their products remain backwards compatible with previous standards. But the demand for faster Wi-Fi equipment that boasts the newer 802.11 standards may disrupt the organized evolution of the ethernet 802.3 standard.

Newer standards such as 802.11ac, 802.11ad, 802.11ax, and even more novel wireless connection methods such as Li-Fi, can reach speeds of nearly 7Gbps and higher. A Gigabit Ethernet uplink, however, cannot support several of these devices that connect over a local area network.

IEEE is currently working on creating 10GbE, 40GbE, and 100GbE standards and has not yet addressed the market need for 2.5GbE and 5GbE, two mid-speed options that would benefit networks that wish to run faster Wi-Fi equipment and want to prolong the need for updating their cabling infrastructure.

As a result, NBASE-T and MGBASE-T, two alliances working independently of the IEEE, have taken the initiative to begin the standardization process of 2.5G and 5G BASE-T standards. This would allow businesses to run faster Wi-Fi equipment through their existing copper lines.

The two competing alliances, NBASE-T and MGBASE-T, will aptly address the immediate needs of smaller to mid-size networks.

But Technology Blogger Sebastian Anthony makes a more cynical interpretation stating “It actually seems like both alliances plan to commercialize their own tech, attempt to popularize it, and then try to get the IEEE to recognize their standard as the winner.” The author suggests that the independent initiatives mark the beginning of the end of IEEE’s “four decades of calm, gradual, standardized updates to Ethernet”. 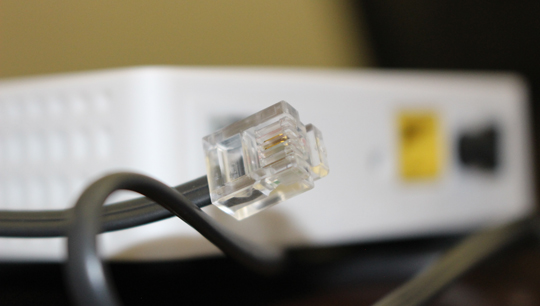 The rapid evolution of Wi-Fi is straining IEEE’s sluggish but dependable standardization process. The alliances show that Wi-Fi is developing faster than IEEE can efficiently crank out standards that address more immediate market needs.

While The NBASE-T and MGBASE-T alliances could accelerate the standardization process, working independently from IEEE could also introduce brand-specific and proprietary technology that can potentially cause inconvenient compatibility issues for users.

Sebastian Anthony comments “Really, there isn’t much we can do about either the NBASE or MGBASE alliance — ostensibly they’re both doing the right thing, but it really would be better if they joined forces and did it together.”

Do you think NBASE-T and MBASE-T marks the beginning of the end for the 802.3?

Let us know what you think about the evolution of Ethernet! Leave us a comment below!

The Fundamentals of an Enterprise Network

How to Choose an 8-Port Switch for Your Small Business

Is HDMI Over IP the Right Technology for Your AV System?

The Challenges of Cybersecurity in the Utility Sector