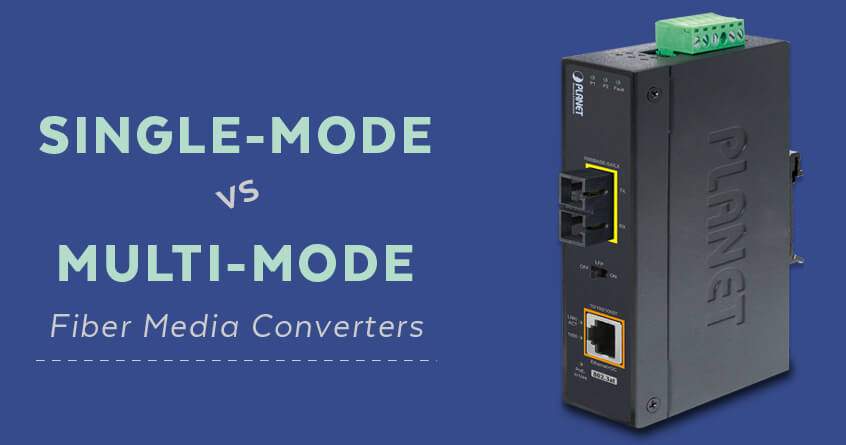 The data center is a powerful example of the importance of fiber optic links and their vital role in transmitting data from an increasingly higher number of endpoints. Fiber and scalability go hand-in-hand. Bandwidth requirements of 10 Gbps and up to 40 Gbps and even 100 Gbps are becoming commonplace. Part of the attraction is the low latency, speed and distance available when fiber is introduced to a network configuration. And, it’s not just the data center where these kinds of results are happening. Business campuses, retail outlets, academic institutions and even the smart home are all places where fiber is proving a critical piece of the highly-functioning infrastructure. That’s precisely why  fiber media converters are no longer just a special purchase for on-the-scene news events like the Olympics. A fiber media converter is now an essential connector, harnessing the speed of fiber and the low power, single-cable deployment of Ethernet.

Sending video over long distances isn’t the only capability that media converters facilitate. With the multi-camera setups like the type used in professional football where robotics are deployed to integrate images and provide 3D coverage, multi-mode converters provide higher-density transmission for networks while also allowing data to flow in two directions.

This post expands the explanation of how both single-mode and multi-mode fiber media converters work, so your team can take full advantage of their features.

Fiber Media Conversion | How Far vs. How Many 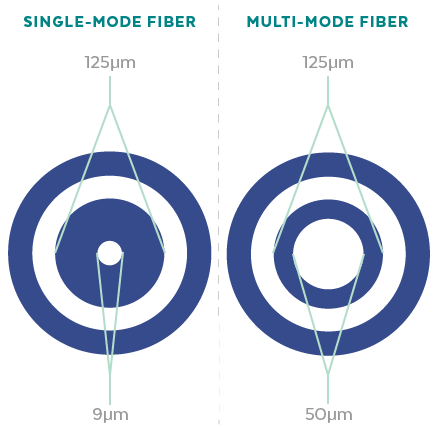 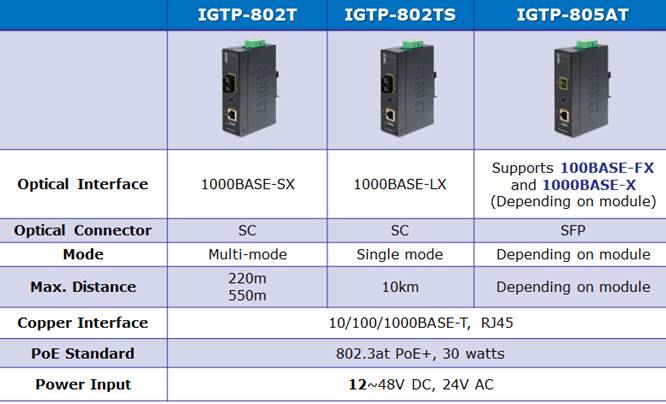 SFP fiber transceivers can support half-duplex SFP or full-duplex SFP, or in some cases, both. Duplex refers to the direction that data travels. Full duplex and half duplex are two different transmission methods in networking.

Half duplex, on the other hand, has to switch between sending and receiving data. Half-duplex devices can be either sending data or receiving data, but they cannot do both.

These same models, the IGTP-802T and IGTP-802TS support both full-duplex and half-duplex speeds to remain compatible with your network. That gives you the flexibility to deploy on the spot as the demands of your network dictate and still be able to repurpose the same equipment in the future as the needs of your uses change.

In addition to being able to half or full-duplex data streams, our “hardened” units also offer extended operating temperatures of -40 to 75°C while our “Industrial” models offer operating temperatures of -10 to 60°C. This added toughness means you not only have the option to install them in extreme industrial environments, but you can also install them outdoors in many of the northern states and Canada where winters can get cold. Burying cable and fiber media converters can extend the range of climate significantly. Talk to your cable provider about which cables are out-door-rated and any recommendations they have for underground installation in your climate. Planet Technology’s fiber media converters are enclosed in a rugged encasement to support industrial rates that are also taking.

As 5G infrastructure continues to roll out and fiber installations creep closer to the building—pole-top, tower siting, dark fiber and lit fiber configurations—the role of fiber optic in ultra-high-speed bandwidth is becoming central.

Fiber media converters have a vital role to play in supporting wired and wireless technology. Wherever fiber and twisted-pair cabling appear in the same network stream, the results are that end-users enjoy low latency, speed, high-availability and the ability to span distance with speed.

Fiber “with Power over Ethernet, the challenges of data and power delivery are mitigated. Ethernet’s ability to carry both DC power and data communications directly to and from a device allows that device more freedom of location, as it no longer needs to be tethered to an AC power source,” states ICE Power & Tel.

End-users enjoy greater flexibility in where they can leverage each of these cable types and an optimal experience. Combining the best solutions where they are needed allows businesses and homeowners the ability to save money through single-cable Ethernet solutions and speedy fiber extensions to span the distance with fiber optic when required. The fiber media converter — both single-mode and multi-mode — is playing a considerable role in the smarter infrastructure design.

Schedule a call to learn more about single-mode and multi-mode fiber media converters, or obtain a quote.